I currently work as a research software engineer at the Center for Constructive Communication, a part of the MIT Media Lab. Before joining the Media Lab, I was a graduate student at the University of Chicago, where I studied data science and public policy in the Computational Analysis and Public Policy master's program. Before that, I worked in NYC as a full-stack developer at a gaming startup and then a housing non-profit.

In my free time, I like to write about computer history and why the software we use every day works the way it does. 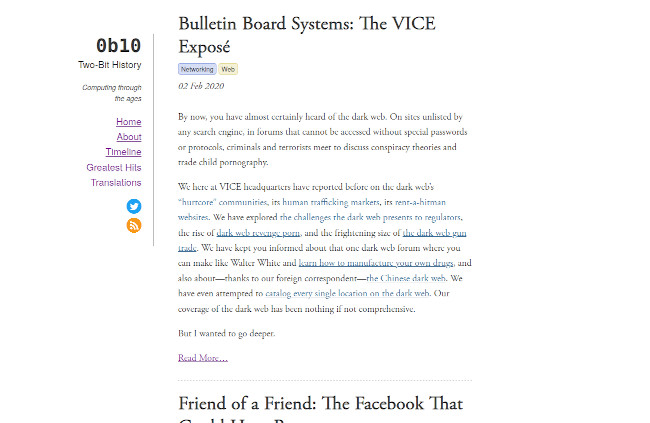 This is my blog about the history of computing and in particular the history of software development. There is a lot of writing out there about A) vintage computers and B) Silicon Valley's seminal corporate triumphs. But what about important questions like Where did JSON come from? or Why are man pages still a thing?

My history of the RSS standard was published by Vice News. Another article I wrote about the rendering technology in DOOM was republished by Ars Technica.

I was also interviewed for the podcast Secret History of the Future, which is jointly produced by Slate and The Economist. 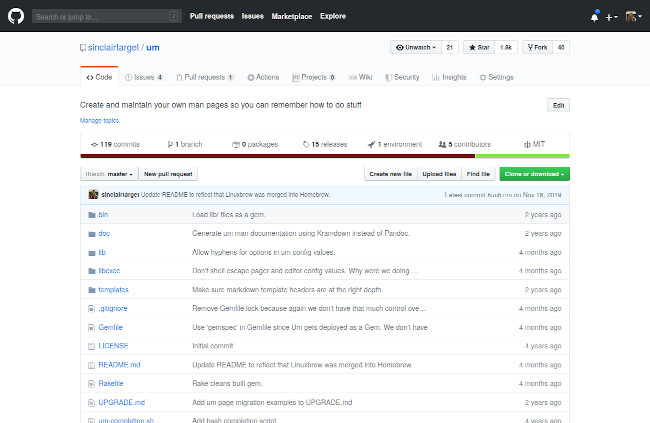 A command-line utility to create and manage a parallel set of man pages—except these man pages, rather than being incomprehensibly dense, are your notes on how a program works.

Over 1.8k stars on Github. Available in Homebrew/Core! Built in Ruby. 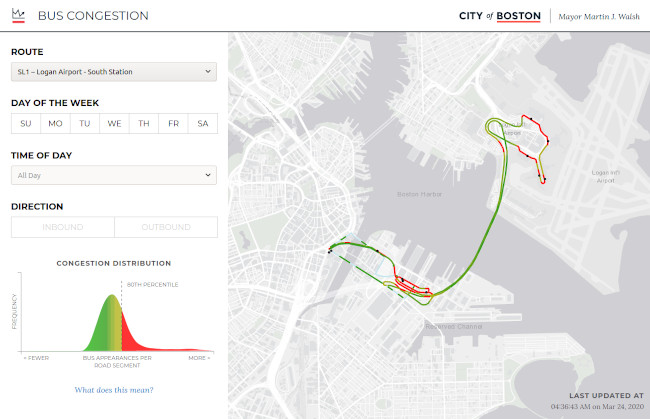 A visualization of traffic congestion along Boston bus routes. I created this visualization while working as a summer fellow with the City of Boston Data Analytics team.

I built the frontend using MapboxGL and D3.js and the backend ETL pipeline using Postgres, PostGIS, and Pandas.

The Monopolists Are Winning 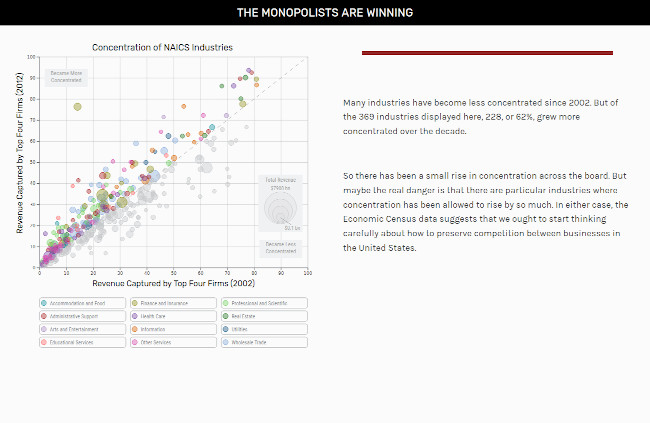 A data analysis and visualization project using US Census Bureau data to explore how industries in the United States have grown more concentrated over time. Built with D3.js and R. 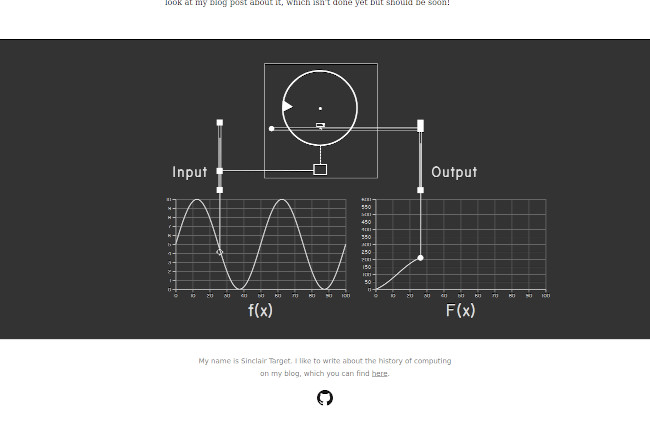 A visualization of a key component from the differential analyzer, an analog computer invented in the early 1930s. Made for my blog with D3.js and Inkscape (the open-source Illustrator).

A handy tool that allows hardcore players of the board game Axis and Allies 1942 to calculate the odds of winning a battle against their opponent. Built with D3.js and React.

You can find my resume here.

You can reach me at sinclairtarget@gmail.com.